This Spring, we’ve experienced a rash of tornado events ranging from New Jersey to Nebraska. In Alabama, one storm killed 23 people.

Natural disasters like tornadoes are an ever-present danger. There are close to a thousand tornadoes in the United States every year, more than in any other country. The grand majority of these traditionally occur in Tornado Alley, an area that includes parts of the Southeast and Midwest. The right weather conditions can widen this distribution.

First, what is a tornado? A tornado is a violently rotating column of air that is in contact with both the surface of the earth and the thunderstorm (sometimes called a “supercell”) that spawned it. From a distance, tornadoes usually appear in the form of a visible dark funnel with all sorts of flying debris in and around it.

Also called “twisters”, tornadoes may have winds of up to 300 miles per hour and can travel for a number of miles. They may be accompanied by hail. I can tell you from personal experience that, close up, they generate a roar that reminds you of a train passing two feet in front of you.

Tornadoes are categorized by something called the Fujita Scale, from level 0-5, based on the amount of damage caused: 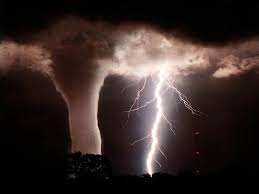 Tornadoes, like many other forces of nature, are associated with their share of erroneous beliefs. Here are seven myths that have been widely circulated for decades:

1) You might have heard that you can always see a twister as it approaches. As tornadoes form in thunderstorm cells, however, the rain may be so heavy that it isn’t visible.

2) Some suggest opening windows due to the great pressure caused by a tornado. Well, windows are ¼ inch panes of glass, and you’re not going to prevent your roof from being blown off simply by opening them. It’s the speed and violence of the winds, not the pressure, that cause the damage to homes.

3) You’ll read advice that hiding under an overpass is protective, but wind underneath actually increases the velocity, so you’re safer in an open area.

4) It’s been said that tornadoes are purely a country phenomenon and you’re safe in the city. This relates more to the fact that cities are concentrated in relatively less square mileage than rural areas. Tornadoes can strike anywhere. My home was struck by a tornado in 1978 in the middle of Miami!

5) A green sky is thought by some to be a sign of a forming tornado. Paying attention to the sky isn’t a bad idea if you’re looking for a funnel cloud, but your weather radio is probably a better indicator of when conditions are right for tornado formation.

6)  Meteorologists from earlier times used to say that the Southwestern corner of the house is the safest place to be if there is no basement or tornado shelter. It turns out that the winds can arrive in any direction and debris can strike any part of a residence. It’s best to stay in a basement or, lacking that, an inside room without windows.

7)  Some believe that tornadoes can’t cross bodies of water. I can tell you from personal experience looking from shore that tornadoes can form right on water. These are called “waterspout”. They can also form on and travel up and down hills.

PROTECTING YOURSELF DURING A TORNADO

If you see a twister funnel, take shelter immediately. If you live in a mobile home, leave! They are especially vulnerable to damage from the winds. Here’s advice directly from Ready.gov:

IF YOU ARE UNDER A TORNADO WARNING, FIND SAFE SHELTER RIGHT AWAY

-If you can safely get to a sturdy building, then do so immediately.
-Go to a safe room, basement, or storm cellar.
-If you are in a building with no basement, then get to a small interior room on the lowest level.
-Stay away from windows, doors, and outside walls.
-Do not get under an overpass or bridge (mentioned earlier). You’re safer in a low, flat location.
-Watch out for flying debris that can cause injury or death.
-Use your arms to protect your head and neck.

Here are some tips I would add to the above:

• Once in your safe room, stay low, face down, and protect yourself with a covering such as a mattress. If you or your kids have bicycle or other helmets, put them on.

• For added protection, get under a heavy object such as a sturdy table. Covering your body with a sleeping bag or mattress will provide an additional shield. Cover your neck and head, even if it’s just with your arms.

Those that live in areas where tornadoes occur frequently might consider an underground shelter. Unlike bunkers and other structures built for long-term protection, a tornado shelter has to provide safety for just a short period of time. As such, it doesn’t have to be very large; 8-10 square feet per person would be acceptable. Despite this, be sure to consider ventilation and the comfort or special needs of those using the shelter.

CAUGHT IN YOUR CAR DURING A TORNADO

If you’re in a car and can drive to a shelter, do so. If there is no shelter nearby, some recommend driving at a 90-degree angle away from the path of the twister. This may be another myth, however. Be aware that, although many tornadoes travel in a Northeasterly direction, they’re fickle; They can change direction at any time. You may be able to outrun an average tornado, but don’t count on it.

In town, leaving the car to enter a sturdy building is an appropriate course of action. Although you may be hesitant to leave your vehicle, remember that they can be easily tossed around by the winds; City Hall probably won’t. No building? You may be safer if there is a culvert or other area lower than the roadway (that’s not under a bridge or overpass).

If you find yourself with flying debris all around, quickly park the car out of the traffic lanes. If there is no other choice, your car will protect you from some of the flying debris. Keep your seat belt on and keep you head down below the level of the windows. Cover your head with your arms or any protective barrier available.

CAUGHT OUTSIDE DURING A TORNADO

If you’re in the unenviable position of being caught outside when the tornado hits (on a hike, for instance), move away from wooded areas. Torn branches and other debris become missiles, so an open field or ditch may actually be safer. Lying down flat in a low spot in the ground will give you some protection. Make sure to cover your head if at all possible, even if it’s just with your hands. Good Luck.

I say good luck optimistically, not sarcastically. Although my home was damaged in a 1978 tornado, several other homes on my block were not. For two or three blocks, only a few homes were hit. Clearly, the tornado bounced from place to place.

AFTER THE TORNADO PASSES

Even when the tornado has passed, there is still danger. There will be debris and destruction; you may even be trapped in a damaged building. If so, cover your mouth with a cloth or mask to avoid breathing dust. Having a whistle to blow on your person will save a lot of energy compared to shouting for help. If you have a functioning smartphone, text for help.

If outside, stay clear of fallen or broken power or utility lines. Don’t enter damaged buildings unless you know it is safe. If you’re cleaning up, don’t skimp on personal protection gear. You’ll need work boots and gloves as well as protective eyewear.

Of course, there may be injuries. Make sure you have a quality medical kit that can deal with trauma. Bleeding wounds and orthopedic issues will be most likely. If you’re without clear water for a time, infectious disease may later become a problem. Have some method to disinfect questionable water as part of your medical supplies.

Armed with a plan of action, you’ll know what to do when you see that funnel cloud or hear that tornado siren. Evaluate your home for weak and strong points, educate your loved ones on the right strategy, and you’ll have a head start on weathering the storm.

Find out more about tornado preparedness and 150 other disaster and medical survival topics in the award-winning third edition of The Survival Medicine Handbook: The Essential Guide for when Medical Help is Not on the Way. Also, check out our books, DVDs, medical kits and individual items at store.doomandbloom.net 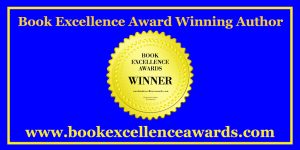 #350 Survival Medicine Hour: Suture Materials, Water Off The Grid, More
Video: How To Use The SWAT Tourniquet