In a survival setting, I’ve often discussed the importance of having a way to prevent and treat infections that are often easy to deal with in modern times, but could be life-threatening when you are off the grid. It’s not only important to have these in your medical storage, but also to know how to know their indications, dosages, side effects, and other considerations regarding their use.

Before I start, a short disclaimer. The information in this article is for informational purposes only, and doesn’t take the place of seeking medical advice from a qualified professional. Seek them out wherever and whenever they are available.

Azithromycin is a member of the macrolide (Erythromycin) family and can be found also as “Aquatic Azithromycin”. It’s effective against various types of Staph, Strep, and other bacteria.

Azithromycin works by stopping the growth and multiplication of bacteria. I prefer it to aquatic Erythromycin powder, as Azithromycin is available in a capsule; thus, it is more easily administered. Also, Azithromycin is more potent against certain bacteria than erythromycin.

The widespread use of this antibiotic is due to its slow elimination from the body, which allows for less total days required to take the medication. Indeed, many infections can be treated with 3-5 days of once-daily administration, compared to Erythromycin’s 3-4 times a day for up to two weeks.

Azithromycin can be used to treat various types of:

Azithromycin is taken 250mg or 500mg once daily for a relatively short course of treatment (usually five days). The first dose is often a “double dose,” twice as much as the remainder of the doses given. This is referred to as a “loading dose”. The popular Z-pack uses this method.

Of course, for different illnesses, the dosing and length of treatment varies. For acute bacterial sinusitis, for example, azithromycin way be taken once daily for three days. If you are taking the 500mg dosage and have side effects such as nausea and vomiting, diarrhea, or dizziness, drop down to the lower dosage.

Azithromycin is not known to cause problems in pregnant patients but should only be used if clearly necessary. It’s ok to give to patients with allergies to Penicillin, but it’s not for infants younger than 6 months.

Common side effects include nausea, vomiting, diarrhea and upset stomach. It sometimes has a negative effect on people with irregular heartbeats or kidney and liver disease. An allergy is also possible, as it is with almost any drug. Don’t take it if you’re allergic to the Erythromycin family of medications.

Interestingly, the use of antacids composed of Aluminum or Magnesium slows down absorption of Azithromycin and decreases the effect.
To find out more about this and other antibiotics, check out our book “The Survival Medicine Handbook“.

The new board game “Doom and Bloom’s SURVIVAL!” is a great way to get the whole family in the survival mindset in a fun and challenging way. Check it out at www.survivalboardgame.com. 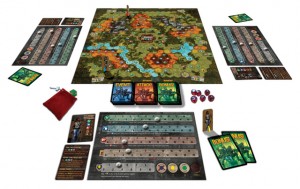