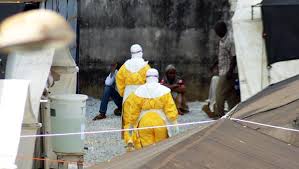 I’ve devoted a good deal of time investigating the Ebola virus and, like many other viruses, found little in the way of a practical cure or even treatment for the disease. Ebola has taken the lives of 900 people in West African Countries and is a suspect for a rash of sick patients arriving in airports throughout the world.

One, an American originally from Liberia named Patrick Sawyer, fell ill on the first leg of his flight back to Minnesota and died from Ebola. Since then, passengers have either taken sick or died after flights out of the epidemic areas. One elderly woman died in London’s Gatwick airport, a New Yorker was hospitalized with fever and other symptoms after traveling in West Africa, and a Saudi Arabian is in the hospital after a trip to Sierra Leone left him with a “viral hemorrhagic fever”, of which Ebola is one. The CDC reports at least 6 patients evaluated for Ebola in the United States. So far, tests have been negative or are still pending in all but Mr. Sawyer’s case.

Ebola made its first trip to the U.S., not by accident, but under controlled conditions with the return of two missionaries who contracted the disease while in West Africa. These patients, a doctor and a nurse, are being given an experimental serum called “Zmapp” and are being reported as improving slowly.

Zmapp, named after the manufacturer (Mapp Biopharmaceuticals) is a “monoclonal antibody” serum. An antibody is a protein produced in the blood in response to the presence of an alien substance. These antibodies can render these substances (often infectious germs) harmless or cause them to be destroyed.

The Zmapp serum is made by first causing the infection (in this case, Ebola) in an animal. Mice were the lab animals used in this instance. Combination of three separate mouse antibodies are introduced into human antibodies, producing a trans-species “chimera” which is then grown and purified in, surprisingly, tobacco plant material.

Once infected, researchers collect the antibodies created by the animals’ immune systems. Various mixtures of antibodies were used before finding some beneficial effect in Ebola-infected monkeys. The serum appears to work by preventing the virus from infecting new cells in the body and also preventing reproduction.

Unfortunately, this only worked if used within 48 hours of infection, which is reminiscent of the effects of the influenza anti-viral drug Tamiflu. Despite this, the two Americans are showing improvement despite having the disease over 48 hours when the serum was given.

Is the improvement caused by the drug, or are these two Americans simply some of the 40% that would have survived the disease anyway? I can’t tell you, but every little bit helps. As you might imagine, many African Ebola patients are begging for a chance to be given the experimental serum.

Zmapp isn’t the only substance thought to possibly help against Ebola. Another medicine, Tekmira, was showing some promise when the FDA halted trials due to adverse effects on some subjects. Neither have been tested thoroughly for safety, which is why your doctor won’t be able to prescribe it anytime soon.

Hopefully, the drug will be fast-tracked by the FDA if it proves to be effective. If it works, it might prevent the next great pandemic.

Ebola: The Next Great Pandemic?
Video: Ebola with Dr. Bones