Infectious disease is of major concern in good times or bad, and the family medic must be able to identify some of the deadliest. Having just written a book about infectious diseases and the antibiotics that treat them (Alton’s Antibiotics and Infectious Disease: The Layman’s Guide to Available Antibacterials in Austere Settings), we’ve done our research on some of the worst illnesses that can occur even in countries with advanced medical systems. There are infections out there, however, that are often fatal and can’t be treated with antibiotics. These are usually viral in nature.

What are the worst viruses on the planet? That depends: Are you looking at the total number that died from a particular disease over the course of history? Are you monitoring the number that die every year in the present, or is it the percentage of people that die if they get infected? In any case, the statistics can be grim.

In this article, we’ll discuss a mix of the above, and examine a number of viral illnesses that you definitely don’t want to contract.

The HIV virus has been a major issue since the 1980s, but cases were recorded in the Congo as far back as 1959. You don’t hear much about the virus and the Acquired Immune Deficiency Syndrome it causes (“AIDS”) because progress in antiviral treatments have decreased deaths rates in developed countries. Originally mutated from a virus found in monkeys and apes, it is still a huge epidemic in sub-Saharan Africa that kills between one to two million people every year.

HIV is transmitted through bodily fluids and works by turning off your immune system. This prevents your natural defenses from killing the virus, but also causes a wide range of sometimes exotic diseases, including certain rare cancers. These are called opportunistic infections because they only invade those with weakened immunity.

Early symptoms resemble the flu, with headache, fever, fatigue, rash, and muscle/joint pain. Some develop ulcers in the mouth or genital region. Others develop diarrhea or other bowel symptoms, and some develop no symptoms at all for years.

HEPATITIS A, B, and C 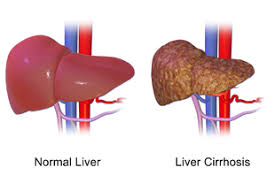 Hepatitis is an inflammation of the liver which can be caused by a DNA virus (Hepatitis B) or RNA viruses (Hepatitis A and C).

(DNA: Genetic material which is present in nearly all living organisms. It is the carrier of genetic information.)

(RNA: The messenger carrying instructions from DNA for controlling the production of proteins; with some viruses, RNA rather than DNA carries the genetic information.)

Hepatitis A is passed through contaminated food and water, or by contact with feces of those infected. Hepatitis B and C are primarily transmitted through blood and other bodily fluids, also by sharing needles. Hepatitis A and B are spread sexually more often than Hepatitis C.

Symptoms are similar no matter what type of hepatitis virus is involved. Victims often experience yellowing of the skin and eyes (known as “jaundice”) along with fever, loss of appetite, fatigue, brownish urine, joint pain, and any of a number of stomach/intestinal symptoms such as nausea and vomiting.

Hepatitis A is often self-limited, that is, goes away after a period of time. In a minority of cases, the disease may have prolonged effects. Chronic liver disease occurs most often in Hepatitis B and C: 5 million Americans have one or the other. Either may result in scarring of the liver (called “cirrhosis”) which leads to failure of the organ.

Together, viral hepatitis accounts for more than one million deaths a year worldwide. This may seem terrible, but it’s important to realize that there are 200 million living with Hepatitis C alone worldwide.

(Aside: Besides A, B, C, there are also Hepatitis types D and E.)

Ebola virus is famously known for the 2014 epidemic in West Africa that killed over 10,000 people, about 50% of those infected. It is thought to have been transmitted by eating poorly cooked bushmeat, including certain fruit bats that are a natural reservoir of the disease.

Ebola received widespread coverage in the U.S. when a Liberian national arrived in Texas with the disease, infecting two nurses at a local hospital. Luckily, the disease didn’t take hold in the U.S. and stricter controls were developed as a result of the scare.

Ebola is highly contagious, and can be passed through close contact with bodily fluids. It is thought not to be airborne, although some studies suggested otherwise. If Ebola was easily transmitted that way, it would have been a worldwide pandemic.

Smaller outbreaks, like one presently in the Congo (where Ebola originated) continue to plague certain areas of Africa.

Another hemorrhagic fever virtually indistinguishable in symptoms from Ebola is Marburg virus. Like Ebola, another member of the Filovirus family, Marburg was first found in primates and bats, and interferes with the blood’s ability to clot. This effect of hemorrhagic fevers results in multiple organ failure, severe dehydration, death of internal tissue.

Although there are many less reported cases of Marburg virus than Ebola, the death rate of those documented so far is close to 90 per cent.

A third hemorrhagic fever virus is Lassa, first found in rats in West Africa. Although nicknamed “Ebola-Lite”, it kills as many people in West Africa as Ebola did during the epidemic there. When infected persons show symptoms, they are similar to Ebola or Marburg, with a death rate of about 15-20 per cent. The difference is that Lassa infects over 300,000 every year, the majority of which have no symptoms at all.

Hantaviruses are a family of RNA viruses that may cause fatal lung-based diseases. They were first isolated in 1995 near where I spent my early career in Miami, Florida. Over time, Hantavirus Pulmonary Syndrome (HPS) was officially recognized as coming from rodents, notably the cotton rat in Florida, the deer mouse in Canada, and the white-footed mouse on the east coast. The disease may be transmitted by aerosolized “dust” from dry rodent droppings. Cases have been reported in 36 U. S. states; variations are also seen in South America and other parts of the world.

Hantavirus infection often presents as a flu-like illness. You can expect fever, cough, shortness of breath, headache, muscle aches. The victim becomes lethargic due to lack of oxygen and rapidly deteriorates due to respiratory failure.

Hantavirus doesn’t infect millions of people, but 36% of all sufferers succumb to the disease.

There are a number of other deadly viruses, including the deadliest of all. We’ll explore those in our next article.