Conventionally trained physicians like myself receive little education and training in the benefits and use of natural plant products that might have medicinal benefits. Those who are concerned about a disaster plunging us into an off-grid scenario, however, must realize that commercial drugs will probably no longer be manufactured, and existing supplies will run out very quickly. This fact alone leads to the conclusion that any medically prepared person should have knowledge about medicinal herbs and, hopefully, a working garden.

Pharmaceutical companies don’t spend a lot of time on researching natural products, sometimes for reasons other than profitability. The beneficial effect of an herbal product is dependent on many of the same factors that govern whether a particular vintage of wine is good or bad: soil conditions, weather, rainfall, temperature, time of harvest, method of harvest, and much more. Still, in survival medicine, the motto is President Theodore Roosevelt’s old saying: “Do what you can, with what you have, where you are”. 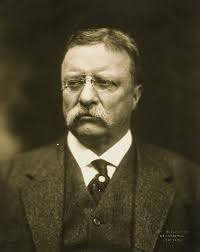 One of the plant products that has some hard data behind it with regards to medical benefits is Turmeric (scientific name Curcuma longa) and one of its active chemical compound, Curcumin. Turmeric is a perennial flowering plant of the ginger family native to the Indian subcontinent and Southeast Asia. Plants are gathered annually for their “rhizomes”, horizontal underground stems which put out shoots and roots at intervals. Rainy, warm climates are needed for the best yield of plant product.

Rhizomes are either made into powders or saved to propagate more next season. Processing simply involves boiling in water for 30-45 minutes and drying in hot ovens, where they become the orange-yellow powder used in Asian cooking like curries. They can also be used as a dye and are a common ingredient of Ayurvedic (Indian) medicine. The active ingredient in Turmeric is mostly curcumin, a chemical compound with anti-inflammatory properties.

Turmeric has many different medicinal uses, some of which have data behind it and of which doesn’t. This uncertainty about some of the effects has more to do with insufficient amounts of studies than quackery.

Here are some of the conditions for which Turmeric is thought to have beneficial effects:

Wow. Call me skeptical, but the odds of one chemical compound treating all of the above is pretty small. Plus, the above is by no means a complete list. For example, Turmeric was recently recommended to me as a long-term treatment for high blood pressure. I’m giving it a shot but haven’t stopped my regular meds.

The website WebMD.com reviews claims regarding various natural products. While often a statement that this or that natural product has little or no evidence for working against a particular disease, there is, indeed, some data that is supportive of the use of Turmeric for a number of conditions. I’ve also reviewed a number of herbal books (both 19th century and recent) for their recommendations. Not all of them agree with the below.

Here’s what the data says for some of the claims regarding Turmeric.

Arthritis: Turmeric extract can reduce pain and improve function in people with osteoarthritis. So much so, that it worked as well as ibuprofen (Advil), but not as well as stronger drugs.

Skin itching: Itching isn’t usually life-threatening, but it can make you miserable.  Taking Turmeric regularly is helpful, over time, with some types, especially itching related to kidney disease.

Eye inflammation: In a condition called anterior uveitis, some reseach suggest that taking Curcumin from Turmeric might improve long-term inflammation in the eye.

Depression: Early data suggests that taking curcumin twice daily for 6 weeks is as effective as taking the antidepressant Fluoxetine.

Diabetes: If you have prediabetes, taking Curcumin twice a day for several months may delay the onset of diabetes.

Gum Disease: Some research shows that a Turmeric mouthwash is an effective way for reducing bacterial levels in the mouth, and thus, gingivitis, even if you already have the condition.

Joint Pain: Taking a combination Turmeric product called Instaflex Joint Support three times daily for 8 weeks reduced the severity of joint pain, although no evidence of improvement in joint stiffness or motion was noted. Plus, early research suggests that curcumin might reduce some of the symptoms of Rheumatoid Arthritis more than conventional drugs.

Blood Pressure: Taking Turmeric three times a day for three months can reduce blood pressure in those with kidney issues due to Systemic Lupus Erythematosus.

Here’s one you didn’t expect: Turmeric may have an effect against some forms of colon cancer! Combinations of turmeric extracts might stabilize, if taken for thirty days, some signs of colon cancer. Also, applying turmeric ointment may give symptomatic relief from skin lesions associated with certain cancers. Lastly, certain combinations of products including turmeric powders may reduce PSA levels that monitor prostate cancer, although it’s uncertain whether the risk of cancer progression or recurrence is affected.

Here’s another surprise: If you are given curcumin starting three days before a cardiac bypass and continue for five days after surgery, the risk of a complicating heart attack is decreased. For other surgeries, curcumin found in turmeric taking daily the first week after surgery may help reduce pain and fatigue associated with recovery.

Alzheimer’s Disease: Early research shows that taking Curcumin made from Turmeric daily for six months had no appreciable benefit.

Stomach Ulcers: Stomach ulcers caused by H. Pylori did not seem to be improved by taking daily turmeric than conventional medical therapy.

This category contains uses for Turmeric with little or no hard scientific data. The herb may or may not have benefits for the following conditions:

Of course, all meds, including those derived from plant sources, can have adverse effects, especially when used at higher quantities. Turmeric is considered “likely safe” by Web MD if taken in normal doses orally, but could possibly thin the blood, cause decreased sperm count, lower iron levels in the blood, and worsen gall bladder, sugar, and heartburn issues. As Turmeric has certain estrogen-hormone similarities, it should be avoided by those with cancers of female organs and, of course, those who are allergic to Turmeric or Curcumin.

In pregnancy, Turmeric should be avoided in quantities higher than is found in food. Dosing can be found at this link:

Unlike a lot of other natural substances, there seems to be more data for some medicinal benefit for Turmeric and Curcumin than a lot of other herbs. Results may vary, however, from individual to individual, and expectation should be tempered with common sense. In any case, it’s important to use all the tools in the medical woodshed, natural and conventional to have the best chance of succeeding medically, even if everything else fails.

Find out more about Turmeric and dozens of other natural herbs and remedies in the award-winning Third Edition of the Survival Medicine Handbook, available at store.doomandbloom.net and Amazon!

References for the information above can be found here: https://www.webmd.com/vitamins/ai/ingredientmono-662/turmeric