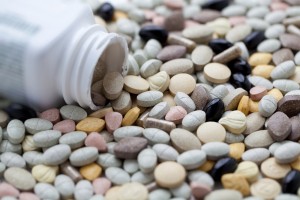 Over the years, I have expressed my opinions on the bogus nature of the expiration dates stamped on medications in pill or capsule form.  I have cited the findings of the Shelf  Life Extension Program, a program meant to investigate the possible usefulness of the millions of doses of various expired medications stockpiled by FEMA for use in peacetime disasters.

In my original article, “The Truth About Expiration Dates” 2 years ago, I indicated these findings were no longer available to the public.  Now, a breakthrough scientific article has been published in the respected journal “The Archives of Internal Medicine”.  Below is the article in its entirety, with important sections in bold type:

October 8, 2012 — An analysis of 8 medications indicates that most of the active ingredients they contain were present in adequate amounts decades after the drugs’ expiration dates, according to results from a study published online October 8 in the Archives of Internal Medicine.

Lee Cantrell, PharmD, from the California Poison Control System, San Diego Division, University of California San Francisco School of Pharmacy, and colleagues used liquid chromatography/mass spectrometry to measure the amounts of the active ingredients in the medications. The medicines, which had expired 28 to 40 years ago, were found in a retail pharmacy in their original, unopened packaging.

To meet US Food and Drug Administration (FDA) standards, an active ingredient must be present in 90% to 110% of the amount indicated on the label. Drug expiration dates are set for 12 to 60 months after production, even though many compounds can persist far longer.

In the new analysis, 12 of the 14 active ingredients persisted in concentrations that were 90% or greater of the amount indicated on the label. These 12 compounds retained their full potency for 336 months (Dr. Bones 28 years) or longer. Eight of them retained potency for at least 480 months (dr. bones: 40  years). Dr. Cantrell’s team was unable to find a standard for homatropine, 1 of the 15 ingredients.

Only aspirin and amphetamine fell below the 90% cutoff. Phenacetin was present at greater than the cutoff in Fiorinal (butalbital, aspirin, caffeine, and codeine phosphate, but was considerably less in Codempiral No. 3. The authors attribute the deficit in Codempiral to conditions that led to preferential degradation of phenacetin because of its amide group, compared with codeine, which is also in Codempiral but is more chemically stable.

Three compounds persisted in greater than 110% of the labeled contents: methaqualone (in Somnafac), meprobamate (in Bamadex), and pentobarbital (in Nebralin). These relatively high amounts may reflect degradation of other components of the compounded drug, the fact that the samples were produced before FDA-instituted quality control measures in 1963, or inconsistencies of the analytical techniques between when the drugs were compounded and now. The new findings are consistent with the efforts of the Shelf-Life Extension Program, which has extended the expiration dates on 88% of 122 drugs tested so far. Extensions range from 66 to 278 months.

“Our results support the effectiveness of broadly extending expiration dates for many drugs,” the researchers conclude. They also point out that extending shelf life can significantly lower costs to consumers.

Limitations of the analysis, the investigators write, include an inability to confirm the storage conditions of the drug samples, as well as imprecise dating of the samples. The authors have disclosed no relevant financial relationships.

For the preparedness community, this information is very important, as it lends credence to what I have been telling you all along:  Get your medical supplies together, and don’t throw out drugs in pill or capsule form just because they have passed their expiration dates.  Remember, you are talking about saving a life when there are no other options.

If it comes down to losing a loved one or using an expired medication in a survival scenario, what will you do?

Are you prepared to deal with medical issues in a disaster?  “The Survival Medicine Handbook” can give you important tips on keeping your family safe in times of trouble, and it’s written in plain English. Put it in your survival library!