The Affordable Care Act, aka Obamacare, is one of the many clouds that loom on the horizon in the uncertain future.  Opponents are doing their darned best to defund or otherwise neutralize it; they believe it will adversely impact jobs once it is established.  Supporters believe it will solve some of America’s social as well as physical ailments.

How Will Obamacare Affect Me?

As a physician, I am in the same boat as all my colleagues. I have little or no idea what Obamacare would mean for me personally or professionally.  I do know people that aren’t in this dilemma because they will be completely unaffected by it: Members of Congress and their staffs.

The Affordable Care Act states that all members of Congress and their staff must purchase insurance through Obamacare exchanges.  Sounds fair, if we have to, why shouldn’t they? The law also eliminates government subsidies traditionally given to these politicians to purchase health insurance. This represents a big hit financially, as most lawmakers and their staff make too much money to qualify them for financial aid.

As you can imagine, this gave the bigshots on Capitol Hill and their minions conniptions.  Pushed by the howls of congressional staffers on both sides of the aisle, the White House was besieged by complaints from even the most ardent Obamacare supporters. They pleaded to be protected for special treatment.

In response, the White House, in clear defiance of the provisions of the Affordable Care Act, announced a bailout for the politicians. The Office of Personnel Management has chosen to allow members of the House and Senate to keep their huge stipends for health insurance. In addition, they also get to determine which staff members will be exempt from Obamacare.  As such, most will never have to deal with insurance exchanges at all.

You would think that political opponents of Obamacare would raise a stink about this bailout, yet not one squeak has been heard inside the hallowed walls of the Capitol. Could it be that the hefty subsidies preserved in the bailout are too juicy to complain about?

Americans of every political stripe should be incensed by this bailout. Are critics of Obamacare serious about their objections? If so, they should bring up the fact that the Affordable Care Act doesn’t seem to apply to the political elite that can “afford” to get elected and put together large administrative staffs.

Members of Congress should refuse a bailout that 1) is specifically forbidden in the legislation and 2) puts them in a separate class than the rest of us.  Denying special privileges for the political elite is something everyone can agree on.  If you’re going to perform a social experiment on the country, then everyone has to take a turn as a lab rat.

Each side of the Obamacare debate feels they are taking the principled approach.  If the opponents of the Affordable Care Act want to take the moral high ground, there is a meaningful way to prove it: Refuse special privileges demanded by those who are so afraid of their own creation that they want to be exempted from it. 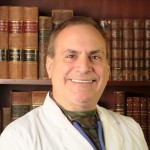 aka Dr. Bones, the Disaster Doctor