Some of our readers have asked me in the past about how to deal with ear wax, but I haven’t put up a post about it until now (could I not have been listening, or do I have too much ear wax myself?).

Let’s clear up a common misunderstanding about ear wax, also called “cerumen“: It’s not a disease, and actually protects the skin of your ear canal and assists in cleaning and lubrication. Recent studies suggest that it could also protect the ear from the germs that are found in water and decrease the chance of ear infections. Despite this, the yellow-brown waxy material could be produced in excess in some people, and occasionally causes issues with hearing or discomfort due to pressure on the eardrum. The popular use of earbuds for cell phones and other electronic devices may play an increasing role in these problems.

Excessive ear wax may cause physical symptoms such as:

Although most people will never need to perform special procedures to remove ear wax, some produce more cerumen than others and might benefit from eliminating excessive quantities of it. Some methods involve first softening stubborn wax with a few drops of mineral oil, olive oil, hydrogen peroxide, or commercial ear wax solutions such as Murine or Cerumenex (prescription). This may need to be applied every night for a few days, and sometimes results in the ear wax coming out on its own. In children, this is usually all that is required.

For significant cases, ear wax removal kits are readily available and often come with a bulb syringe (pictured below). This medical item uses warm (body temperature) water to gently flush out wax (otherwise known as “irrigation“) A child’s ear canal is relatively straight, but this is not the case as you mature; pull the ear slightly backwards and up as you perform the irrigation in an adult. By the way, ear wax buildup increases as you get older. 57% of elderly patients report ear wax issues, while only 5% of young adults do.

After a successful procedure, put a drop or two of alcohol in the ear to dry up any excess water.

It should be noted that using these substances in the presence of a perforated eardrum may cause an infection in the middle ear canal that could be difficult to cure. If there’s any doubt, seek out modern medical help if it exists before you try anything on your own.

Should you use Q-tips or other cotton applicators? In general, you should never put anything sharper than your elbow in your ear. Ear wax is mostly formed near the external part of the ear canal; using Q-tips may push stubborn wax even deeper. 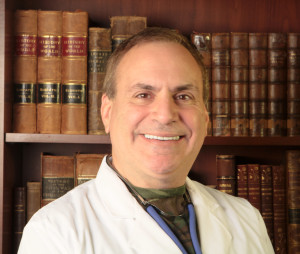 The Medic Under Fire
5 Things To Know About Pandemics