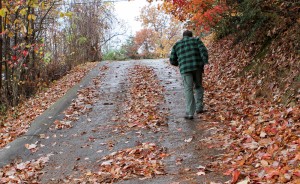 The election is over and many extraordinary things have happened. One of them is that I amazed Nurse Amy (and myself) by correctly calling the presidential results for all 50 states plus D.C. (that is, if Obama wins Florida.  I actually hope I’m wrong about Florida, as it makes me feel vaguely uneasy to be 100% clairvoyant about this stuff).  My prognosticating an Obama win was not an indication of any political fervor on my part, but too many factors were out there that made it clear to me that Mitt Romney had an uphill battle.

Now that I have “street cred” regarding my incredible ability to tell the future (just ask Nurse Amy), here’s another forecast that many of you will not like:  A conservative Republican candidate will have little or no chance of winning a national election for the foreseeable future.

A number of perfectly acceptable, and some clearly superior, Republican candidates failed to win election this time.  Mitt Romney seemed genuinely likeable to me. Scott Brown of Massachusetts is intelligent, articulate, good-looking and as moderate as a Republican can get; in other words, a perfect fit for his state except there wasn’t a (D) after his name.  Despite this, he lost to a college professor who claimed, some say falsely, to be a Native-American and has little desire to work in a bipartisan manner.  Conservative ex-military African American Allen West was targeted and lost because of his outspoken nature, otherwise a laudable characteristic in a politician.  Michelle Bachmann, a strong woman but a Tea Party favorite, barely won re-election despite spending a lot more money in her campaign than her opponent.

But let’s talk national elections:  It is my opinion that more people are “liberal” than claim to be so in opinion polls.  Conservatives have attached a stigma to that word that, I suspect, has led many liberals to call themselves moderates when asked.  Conservatives tend to be prouder of their affiliation than liberals, so much so that those on the left now refer to themselves as “progressives”.  So we must now assume that many moderates are actually progressives and will lean Democratic.

Of course, few people are 100% in line with the entire platform of either major political party.  I, for example, am a fiscal conservative and dislike big government, yet like my National Parks untouched by all but the most necessary oil pipelines.  As an obstetrician in a previous life, I have respect for the right of a woman to make her own choices; yet, I have seen the beating heart and limb movements of a 3 month fetus on sonogram and it never fails to move me.

These are very complex issues, and many feel very deeply about them; in the eyes of many women (especially the unmarried), the above issue means war and is enough reason to not support a candidate.  Unmarried adult women, by the way, is a demographic that is rising, and this bodes poorly for Republicans.  Some foolish comments about rape by 2 separate Republican candidates ruined their party’s chances in the senate.  Yet, the Republican party is between a rock and a hard place: they have precious few groups that support them in mass, and Evangelicals will not tolerate any change in the current platform.   If the Evangelical Christians drop their support, what then for the GOP?

Our nation is changing in its demographic makeup, as well.  Republicans do well enough among older voters, Evangelical Christians, and white men, but poorly among African-Americans (even before Obama), Latinos , Jews, Union workers, Gays, and young people.  These groups often vote in blocs; when I say that, I mean a majority can be depended on to vote Democratic, not 100%).  This can be due to tradition, past policies, the perception that Republicans are all rich fat cats or a number of other factors.  Latinos, especially, comprise more and more voters every election cycle.  If the Republicans do not take Latino issues seriously, the shrinking percentage of white male voters will be overwhelmed by sheer numbers.  In reality, that is what happened this election.

Now that Barack Obama has been re-elected, some measure of “Obamacare” will likely go into effect before the next election cycle.  This means more entitlements; once a person has received an entitlement, they will never vote for someone who wants to reduce it or take it away.  Truly, this may be the biggest reason that Republicans’ chances nationally will continue to dwindle.

So, what can the Republicans do to change their falling fortunes?  Become cooler?  Be more aggressive? Smile more? The mainstream press will make short work of a Republican candidate that tries to do so. My guess is: Probably something major, but it beats the heck out of me.  I may be clairvoyant, but I’m not a miracle worker.  Perhaps you, dear reader, can post a solution in the comments section below…

A New Epidemic
The Collapse of Civilization: A Doctor's Thoughts