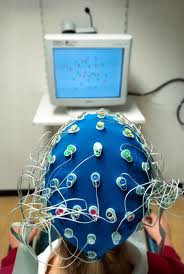 Seizures occur when the brain’s electrical system misfires. Instead of sending out signals in a controlled manner, a surge of energy goes through the brain.  This can cause involuntary muscle contractions, loss of organ control, and loss of consciousness.  A person with chronic problems with convulsions is called an “epileptic”.  There are several types of seizures:

The Types of Seizures

(Note: The classification of seizures changed several years after the publication of this article. The latest information can be found in this 2020 article: https://www.doomandbloom.net/seizure-disorders-2/)

Generalized Seizures:
These are also known as Grand Mal seizures.  Loss of consciousness, bladder control, and spastic shaking are commonly seen.  These last several minutes and are followed by a period of extreme drowsiness.  A much lesser form is the Petit Mal seizure.  The patient stops whatever they were doing and just stares out into space, apparently unaware of their surroundings.  These seizures are caused by electrical disturbances throughout the brain.
Partial Seizures:
Once known as Jacksonian seizures, these are caused by issues in one part of the brain and may involve involuntary shaking of just one limb, or specific twitching behavior.  The patient may notice strange tastes in the mouth or strange smells. Vision may be temporarily impaired.  There may or may not be changes in mental status.
There are various causes of convulsive disorders, such as:
·         High fever (in children, mostly)
·         Head injury
·         Meningitis (Infection of the central nervous system)
·         Stroke
·         Brain tumors
·         Genetic predisposition
·         Idiopathic (unknown – about 50% of cases)

Seizures in a Collapse Situation

In a collapse situation, there won’t be the sophisticated equipment such as EEGs (electroencephalograms) and Brain Scans to make the diagnosis, so we will have to watch for symptoms to identify the problem.  One seizure does not make someone an epileptic.  Multiple episodes are required to be certain.

Epileptic seizures are sometimes preceded by an “aura”, a strange feeling that gives some warning that an attack may be imminent.  There are also triggers that sometimes cause a convulsion:  a good example is a bright flashing light.  Avoidance of these triggers will decrease the number of episodes.
The most important aspect of treatment when intravenous medication is no longer available will be to prevent the patient from injuring themselves during an attack.  A tongue depressor with gauze taped around it and placed in the mouth might prevent the patient from obstructing their airway by biting their tongue, but this is not currently recommended due to the possibility of injuring the oral cavity. You can prevent the patient from having respiratory blockage (“swallowing the tongue”) by placing them in the recovery position (see image below) You shouldn’t restrain the person physically, but remove nearby objects that could cause injury.

Do not give oral fluids or medications to an epileptic until they are fully awake and alert. If the convulsion is caused by a fever, as in children, cool them down with wet compresses.  Anyone in your survival group with a convulsive disorder should work towards stockpiling their medicine.  Popular drugs are Dilantin, Tegretol, Valproic Acid, and Diazepam (Valium).
Natural alternatives have long been espoused to decrease the frequency and severity of convulsions.  Many herbal supplements have a sedative effect, which calms the brain’s electrical energy.  They may be taken as a tea (1 teaspoon of the herb in a cup of water) or as a tincture (an extract with grain alcohol).  Here are some that have been reported as beneficial for prevention:
·         Bacopa (Bacopa monnieri
·         Chamomile (Matricaria recutita)
·         Kava (Piper methysticum) – (too much may damage your liver)
·         Valerian (Valeriana officinalis,
·         Lemon balm (Melissa officinalis),
·         Passionflower (Passiflora incarnata)
Supplements of Vitamin B12 and E may also be helpful.