Chronic stress, as will be seen in a collapse scenario, can manifest itself in ways that are both emotional and physical.  One of the physical effects related to stress is increased stomach acid levels.

Excessive acid can cause an inflammation of the esophagus (the tube that goes from the throat to the stomach), the stomach itself and/or the next part of the bowel, called the duodenum. The irritated lining becomes weak and erodes.  This erosion is called an “ulcer” and can cause bleeding or even perforate the entire thickness of the lining.  The bleeding that occurs from ulcers usually takes the form of black-colored stools; bleeding from lower down is usually bright red.

Symptoms of an Ulcer

The major symptom of an ulcer is a burning or gnawing discomfort in the stomach area. This pain is often described as “heartburn”. It usually occurs in the left or mid-upper abdomen or may travel up to the breastbone. Sometimes it will be described as hunger pangs or indigestion. The discomfort that goes along with this problem is hard to ignore and will decrease work efficiency.  Therefore, diagnosis and treatment are important to get your group member back to normal.

It’s not always easy to make the diagnosis. There are many causes of pain in the chest and stomach areas. Chest pain caused by coronary heart disease (also known as “angina“) is just one of the possibilities that may imitate heartburn.

How to Diagnose Acid Reflux Disease

To make the diagnosis of ulcer or acid reflux disease, the timing of the discomfort is important. Ulcer and acid reflux discomfort occurs soon after eating but is sometimes seen several hours after a meal. It can be differentiated from other causes of chest pain in another way: it gets better by drinking milk or taking antacids. As you can imagine, this wouldn’t do much for angina caused by heart problems.

Many ulcers and inflammation are caused by a bacterium known as Helicobacter pylori. H. pylori may be transmitted from person to person through contaminated food and water, so proper water filtration and sterilization will decrease the likelihood of this infection. Antibiotics such as Amoxicillin and Metronidazole in combination are some of the most effective treatments for Helicobacter pylori ulcers.

Other causes include the overuse of ibuprofen or aspirin; these can be an irritant to the stomach in some people. Avoidance of these drugs can prevent these ulcers and inflammatory pain. Smoking and alcohol abuse are also known causes.

Acid reflux disease (aka gastro-esophageal reflux or GERD) is caused by acid traveling up the esophagus. This is sometimes caused by a relaxation at the stomach-esophagus border, or by an out pouching of the area (called a “hiatal hernia”). The primary symptom is heartburn, but severe disease can cause chest pain. It is usually relieved by antacids and/or by sleeping with the upper body raised.  Failure to treat may lead to ulcers in some people.

Certain lifestyle changes are often helpful for people with acid reflux. Eating smaller meals (say, 5 a day) and avoiding acidic foods before bedtime may help prevent reflux. Give your stomach at least 3 hours to empty before you lie down.

You would think chewing gum would increase stomach acid; this might not be case, however, as chewing gum (sugar-free, please) produces saliva: Saliva acts to buffer acid.  Also, you swallow the saliva, which might force some of that acid further down the esophagus.

Your patient may benefit from avoiding certain foods. These commonly include:

One thing about milk: although it may be helpful as a treatment, avoid regular milk and stick with low-fat, as high levels of fat ingestion may actually increase stomach acid. Obese individuals seem to suffer more from this problem:  Excess abdominal fat can press against the stomach, forcing acids up into the esophagus.

Medications that commonly relieve acid reflux include calcium, magnesium, aluminum, and bismuth antacids such as Tums, Maalox, Mylanta or Pepto-Bismol, as well as other medications such as Ranitidine (Zantac), Cimetidine (Tagamet), and Omeprazole (Prilosec). These medications are available in non-prescription strength and are easy to accumulate in quantity.

Don’t forget that there are many alternative remedies reported to be helpful to deal with this issue. Home remedies for acid reflux include:

Herbal combinations like Iberogast, composed of 9 different herbs, has been reported to be helpful.  It’s difficult to say which herb is involved, however, and it includes peppermint (thought to increase acid).

It’s important to remember to communicate with your patients. Many in the preparedness and homesteading community are rugged individualists. They may be unlikely to tell the medic about something they consider trivial, like heartburn. Someone that is clearly in pain, losing efficiency, or unable to sleep should always be questioned about their symptoms.  It could be something that you just might be able to help them with, and that, survival medic, is your purpose. 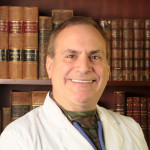 Since we’re in the middle of summer, here’s an article for you on heat stroke:  https://www.doomandbloom.net/its-a-cruel-cruel-summer-2/