Zika virus, native to Africa, has crossed the Atlantic and is predicted by the World Health Organization to infect 4 million people in the Western Hemisphere.  It has been linked, more every day, to a number of birth abnormalities, including close to 5000 cases of microcephaly (a smaller than normal head circumference with a corresponding small brain) in Brazil. Researchers also have linked Zika to stillbirths, miscarriages, eye problems and other complications, with problems not only in the first trimester but throughout pregnancy. It is also related to Guillain-Barre syndrome, a condition where a person’s immune system attacks its own nerve cells, and, now, other neurological issues resembling multiple sclerosis.

More Proof for Zika’s Role in Microcephaly and Nerve Disorders

Brazilian researchers reported last week that Zika preferentially targets developing brain cells. They used stem cells to study embryonic brain development in a lab dish, and reported in the journal Science that virus samples taken from a Brazilian patient destroyed the growing nerve cells in a few days. They suspect that’s happening in the womb in pregnant Brazilian women.

Zika was first identified in monkeys living in Uganda’s Zika forest in 1947. It spread slowly at first, and seemed to be a pretty harmless virus, causing hardly any symptoms at all in most people, as a matter of fact, no symptoms in 80% of those infected. But it started proliferating in 2007  to Asia and the South Pacific; it showed up in Brazil around the time of the World Cup in 2014.  Because hardly anyone in the Americas has immunity to Zika, it’s spread widely since then and has earned the title of pandemic.

The CDC and Zika Virus

Transmitted by the Aedes species of mosquitoes, the Centers for Disease Control and Prevention recently related its concern for the U.S. as warmer weather arrives this spring and summer, and the mosquito population explodes. A recent survey found the Aedes mosquito in 30 US states, up from 12 in past studies. “Aedes”, by the way, is the Greek word for “unpleasant”. Amen, brother.

Sure enough, the more researchers learn about the Zika virus, the scarier it appears to federal health officials, and they’re urging more money for mosquito control and development of vaccines and treatments.

672 cases of Zika virus have been identified in the United States and Puerto Rico (about half there), all of which are tied to persons who have traveled to or have had sexual relations with someone who traveled to the epidemic zone in South America.

With the 2016 Summer Olympics taking place in Brazil, the country with the most cases, the CDC expects a number of U.S. tourists will return with the virus. They predict clusters of locally-transmitted cases, especially in warm weather states like Texas and Florida, but have stopped short of suggesting that it will become an epidemic here. In Puerto Rico, however, the CDC believes that hundreds of thousands of people might become infected.

Due to its novelty, there is no proven treatment for Zika virus and the first vaccines won’t be tested until at least September. This is past the time when the Aedes mosquito will be most active here, so it’s important to watch out for it. The NIH suggests bed rest, fluids, and acetaminophen to treat the symptoms of acute disease, which will resemble the flu, with the addition of rashes, joint pain, and conjunctivitis (“pink eye”). Aspirin and ibuprofen are discouraged as treatment, as Zika Virus may mimic a related virus, Dengue Fever, which can cause abnormal bleeding (Zika doesn’t). Indeed, Zika virus is related to not only Dengue, but also Yellow Fever and West Nile virus.

The best way to prevent infection is to eliminate areas of standing water that could serve as nurseries for mosquito larvae. As well, citizens are recommended to use mosquito repellents like DEET, Picaridin, IR335, and Lemon Eucalyptus oil (all EPA-approved) whenever outdoors. Travel to the epidemic zone should be avoided, especially for pregnant women and their significant others. Zika’s the first virus to generate a travel warning by the U.S. specifically for those that are expecting. Cases of Zika in travelers have been identified as far away as Russia and China.

In a field trial, genetically-engineered male mosquitoes will be released into a test community near Key West, Florida this year. These mosquitoes, known as OX513A, have a gene that prevents their offspring from developing into adults. They will compete with normal males for mating privileges and it is thought that they will significantly decrease the mosquito population in at-risk areas. Local citizens aren’t too happy about the idea, though, and legal action might block the experiment. 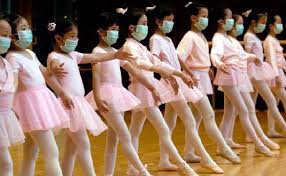 President Barack Obama has sought about $1.9 billion in emergency money to help fight the Zika epidemic internationally and to prepare in case the virus spreads here, but the request has stalled in the GOP-controlled Congress. Last week, therefore, the administration said it would use $589 million in funds left over from the Ebola outbreak for some of that work. Lucky for the administration and, certainly for us, that Ebola pooped out when it did and left some money. It’s another example of executive action bypassing congress, but I might just agree with this one.

The administration says that it’s laid out a precise plan for dealing with the virus, but members of Congress say that it’s only an outline. Despite this, a bill is expected to pass very soon. Expect more controversy about funding as time goes on.

What You Should Do To Avoid Zika Infection 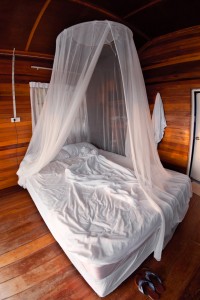 The most important thing you can do to prevent Zika infections is to make your property inhospitable to mosquitoes. If Zika has been identified in your home town, you will have to take aggressive measures. You can decrease the chance that mosquitoes will want to breed in your backyard by eliminating standing water. Consider these mosquito control methods from the American Mosquito Control Association:

Note that draining wetlands and natural ponds may be illegal. There are many natural predators of mosquitoes that live there, such as birds, bats, fish, frogs, and other wildlife. Check with your local municipalities for rules and regulations.

So consider long pants and long sleeves if the mosquitoes are thick in your neighborhood this summer. Use your mosquito repellents, and re-apply them often, especially if you’re pregnant or planning to be. Consider mosquito netting, especially if you like the windows open. And think about how important it really is to see personally who wins the pole vault at the Brazilian Summer Olympics. Don’t travel to the epidemic zone unless absolutely necessary. 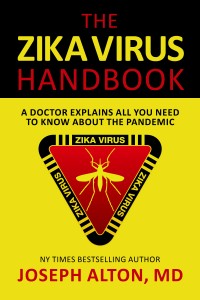 Now, for the first time, we’re making a big announcement, our new book “The Zika Virus Handbook: A doctor tells you all you need to know about the pandemic” will be out in the next few days on Amazon and we’re excited about being able to bring this information to our readers and the general public.

The Zika virus is going to be a topic of discussion all summer, and you’re going to want to know what you can do if there are some locally-transmitted cases in your area, as the CDC is now predicting. We talk about Zika’s origins in Africa, its travels to Asia and the Polynesian islands, how it spreads, and all about the nasty little bug that’s transmitting the disease.

We talk about the medical issues that, more and more Zika virus is being linked to, especially birth abnormalities, and nerve conditions that can cause paralysis and other problems. You’ll learn how to identify an active case, how to differentiate it from its relatives like Yellow fever, dengue, west nile, and others. More importantly, you’ll learn how to prevent your property from harboring mosquitoes that put you and your family at risk. We’ll discuss all the different methods that your municipality could use for mosquito control, including pesticides, biological agents, and more.

We also talk about pandemics of the past and present in The Zika Virus Handbook and how to put together an effective epidemic sick room, and a lot more.

A lot of theories as to why these previously minor illnesses have become a big issue on this side of the pond exist, and we even go through a lot of these, and examine them for just how plausible they are. A lot of you remember our Ebola Survival Handbook, and this book is a little like it, although I was pretty mad about our government’s lack of response with this one. I’m a little calmer about this one, and I think, for Zika, we need a calm, no-nonsense approach to dealing with it. I talk about our policy going forward on this epidemic, and what makes the most sense for pregnant women and, really, just about everyone in terms of staying safe and healthy.

I hope you’ll check out the Zika Virus Handbook, we’ll be making announcements when it comes out, and I think you’ll find it a good, concise read.

Joe and Amy Alton, aka Dr. Bones and Nurse Amy 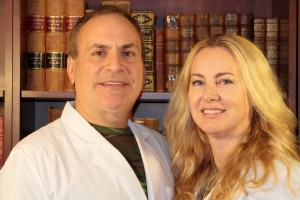 Earthquake Survival
Videocast: Around The Cabin #22